When resolving family matters, clients and solicitors alike often feel court proceedings are the only path forwards. However, many people could benefit from exploring arbitration as an alternative to court. Laurus’ family team have found that arbitration is often a positive experience for clients, which can help families establish settled arrangements in a more stream-lined timeframe, particularly in complex children matters, as Head of Dispute Resolution William Hogg discusses in this article.

Arbitration is a popular alternative to court hearings in commercial contexts – like the courts, it provides a binding decision in the form of a Final Award, with the added benefits of expediency, privacy and control over who will act as the arbitrator. However, it is often under-utilised in family law, with clients and solicitors cautious or inexperienced with the process.

How does arbitration benefit children?

Our team’s most recent arbitration case demonstrates how the benefits of arbitration are particularly relevant to children matters. With Courts still facing unprecedented delays due to a backlog of cases, parents with important matters can be left waiting months before a date is even set for a hearing.

In this case, our client was concerned that the existing interim child arrangements were exacerbating the difficulties felt by their child since the separation of the parents, and that the current set-up was in fact causing the child to feel anxious and distressed. When it comes to a child’s wellbeing, acting without delay to find effective, settled arrangements is of the utmost importance. Choosing arbitration in this instance allowed the matter to be adjudicated and new arrangements to be made with the child’s best interests at heart within a matter of weeks, as opposed to waiting several months for a court hearing date.

Another way arbitration allows clients to prioritise their children’s wellbeing is parties choosing their own arbitrator. In this case, this meant the selection of an arbitrator with experience in international children matters – something which was highly relevant in improving contact arrangements for our client’s child, who was of mixed cultural heritage. Going via the courts, clients are unable to choose their own judge, meaning they do not have control over the process. Oftentimes, the case may even change hands during the process.

Adding to this, the backlog of work in the courts means that judges often have to review matters on a tighter schedule. As arbitration is a private process, the arbitrator will have time to consider all the relevant information in depth. In our most recent case, the arbitrator was able to take a week to review the parties’ information before coming to a decision, something which provided reassurance and confidence that the final award was truly in their son’s best interests.

How does arbitration benefit parents?

Aside from the benefits specific to children’s wellbeing, family arbitration can also have a number of benefits for all parties. Communication is often more efficient, as arbitrators are not overburdened with cases, so both clients and their solicitors know which documents have been received. Delays in communication is something solicitors are familiar with in the court system – for example, throughout the pandemic, it is common for parties to receive dial-in details for remote hearings very shortly before they are due to begin. Arbitration removes these added stressors from both clients and their legal teams, allowing them to focus on what is important.

There are a number of common misconceptions when it comes to arbitration, including that CAFCASS cannot attend, or that the arbitrator will end up biased towards one party. But one of the biggest obstacles we come across is the perception that alternative dispute resolution will automatically cost more than traditional, court-based resolution. While it is true that arbitration comes with an additional cost – and fees can vary significantly depending on the seniority of the arbitrator – there is often a false economy created by lengthy waiting times for court hearings. While a client may only accrue a month’s worth of legal fees in preparation for an arbitration hearing, they might otherwise build up six months’ worth of legal fees preparing for an increasingly delayed court-date. To that end, arbitration can sometimes end up being the more economical choice.

Arbitrations like our most recent case demonstrate that it is possible to utilise alternatives to court in a way that still benefits the parties, and most importantly, works to the benefit of any children involved. While mediation requires cooperation between parties, arbitration is a viable alternative to court in that it also provides a binding decision regardless of whether parties agree on the outcome. It is an efficient way to resolve family matters, particularly where a child’s wellbeing is concerned.

Speak to a lawyer – get in touch with our Family Team on 020 3146 6300, or hello@lauruslaw.co.uk for friendly, professional and strictly confidential advice. 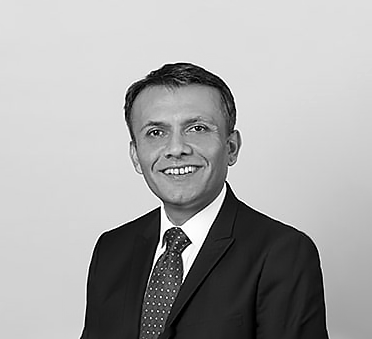 Surrogacy lawyer Jeetesh Patel examines the impact of Covid on surrogacy across the globe; and discusses what intended parents need to be aware of in the current climate. £1 million made available for Family Mediation

The Government recently announced a campaign enabling 2,000 families to claim a £500 voucher towards the cost of mediation. What does Haley v Haley mean for family arbitration?

We discuss exactly how the Haley v Haley outcome will affect the way family arbitration is used in the future.